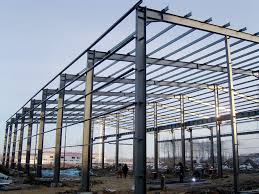 Compounding Solutions, the global leader in medical plastics compounding, is set to break ground on phase two of an expansion of their compounding facility located in Lewiston, Maine during the Spring of 2017. The new expansion will include office and warehouse space, as well as, two additional manufacturing areas, including a certified class 100,000 cleanroom for medical compounding.

This expansion will double the current footprint of the facility, bringing it to 120,000+ square feet of compounding, office, and warehouse space. The two new manufacturing areas will allow for the addition of 8 compounding lines.

“This expansion will provide us with the warehouse space we need today, plus the production capacity and facility resources that we will require over the next 5 years. Our current 13 compounding lines will grow to 21 through that period.” said Scott Neal, General Manager. “Furthermore, the addition of the cleanroom will allow us to produce the cleanest compounds possible and shows our continued investment in technology in an effort to provide the highest quality compounds to the medical device market.”